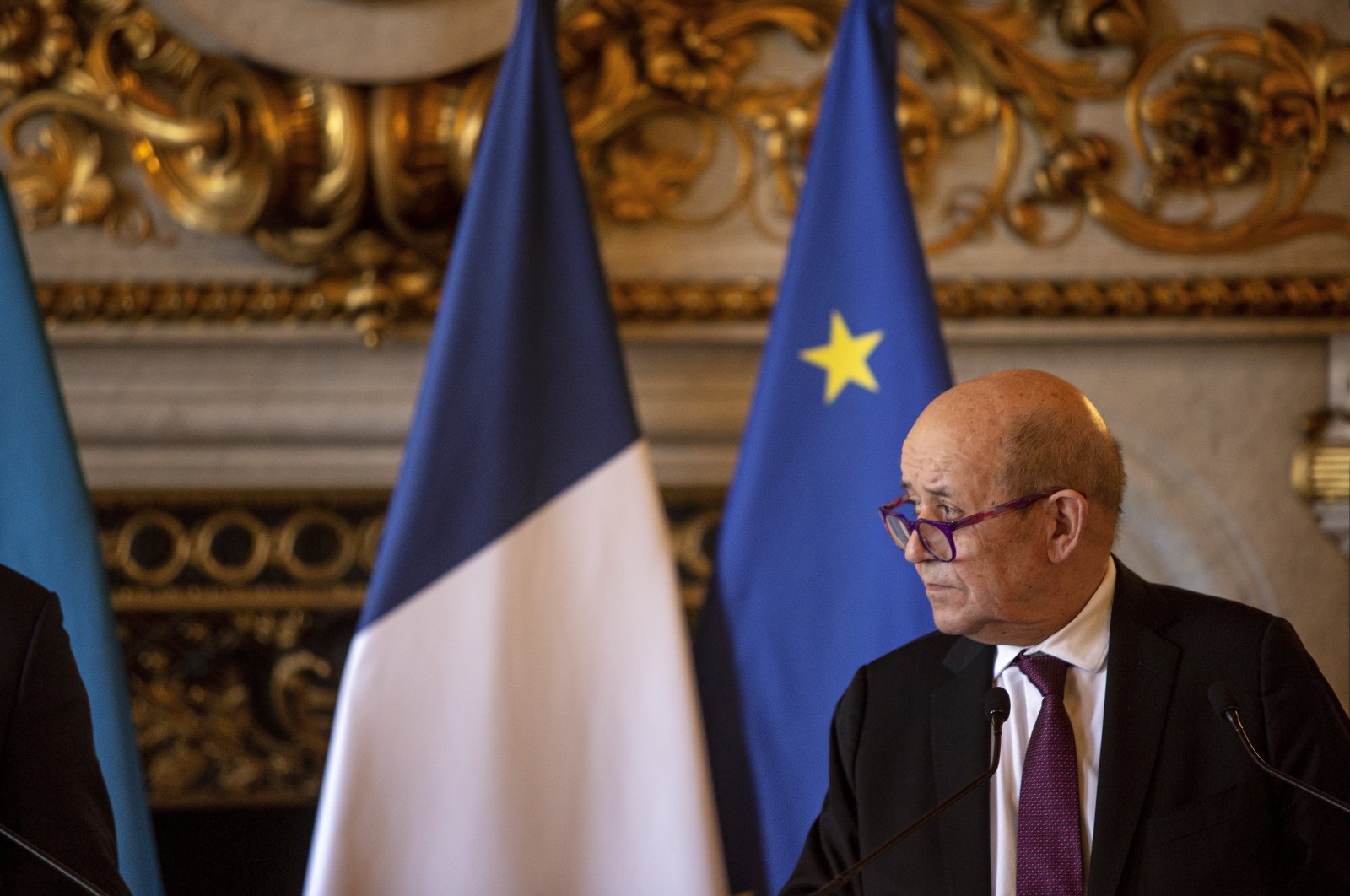 Ankara has repeatedly traded barbs with Paris over its policies on Syria, Libya, the eastern Mediterranean and other issues, but the NATO members said in February they were working on a road map to normalize relations.

On Tuesday, President Tayyip Erdoğan spoke with his French counterpart Emmanuel Macron as part of those efforts, their first call since September.

“There aren’t any more insults and the language is more reassuring,” Le Drian told a parliamentary hearing late Tuesday.

A French diplomatic source said the two leaders had, however, had a “frank” exchange of views.

Erdoğan has publicly criticized Macron over a bill meant to fight what he calls Islamist “separatism” and repeated that during the call, the source said, adding that Macron responded by explaining his vision of the bill and saying that he was not attacking Islam.

The source said there were also positive steps, including counter-terrorism cooperation and a possible end to a work permit freeze for French teachers in Turkey’s French-speaking Galatasaray University.

The Turkish foreign ministry was not immediately available for comment.

In a statement on Tuesday following the call, the Turkish presidency said Erdoğan told Macron that cooperation between the two countries has “very serious potential.”

Le Drian said earlier that the removal of Turkish research vessels from contested waters in the eastern Mediterranean and Ankara showing a desire to resume talks with Greece over a long-standing maritime dispute were positive signs.

“It’s fragile, because the list of disagreements is very long, but we want a healthy relationship with Turkey,” he said pointing to differences over Libya, Iraq and Nagorno-Karabakh.

“Actions are needed and we will be able to position ourselves when those actions are carried out. For now it’s just verbal action,” he said.

The two countries are also on opposing sides in Libya, where Ankara backed the United Nations-recognized Government of National Accord (GNA) in Tripoli against a 2019 offensive by putschist Gen. Khalifa Haftar. France is suspected of supporting Haftar, but officially insists it is neutral in the conflict.

In January, Macron sent a letter to Erdoğan voicing his intentions to improve relations.

Turkish officials have decried France’s interference in the Eastern Mediterranean dispute, given it has no territory in the region. France accused Turkish warships of aggressive behavior after its warship tried to inspect a vessel in June that it suspected was violating a U.N. arms embargo on Libya, but Turkey has denied harassing the Courbet. The two countries’ dispute escalated further after France sent naval assets into the Eastern Mediterranean to support Greek warships shadowing Turkish ones in disputed waters.