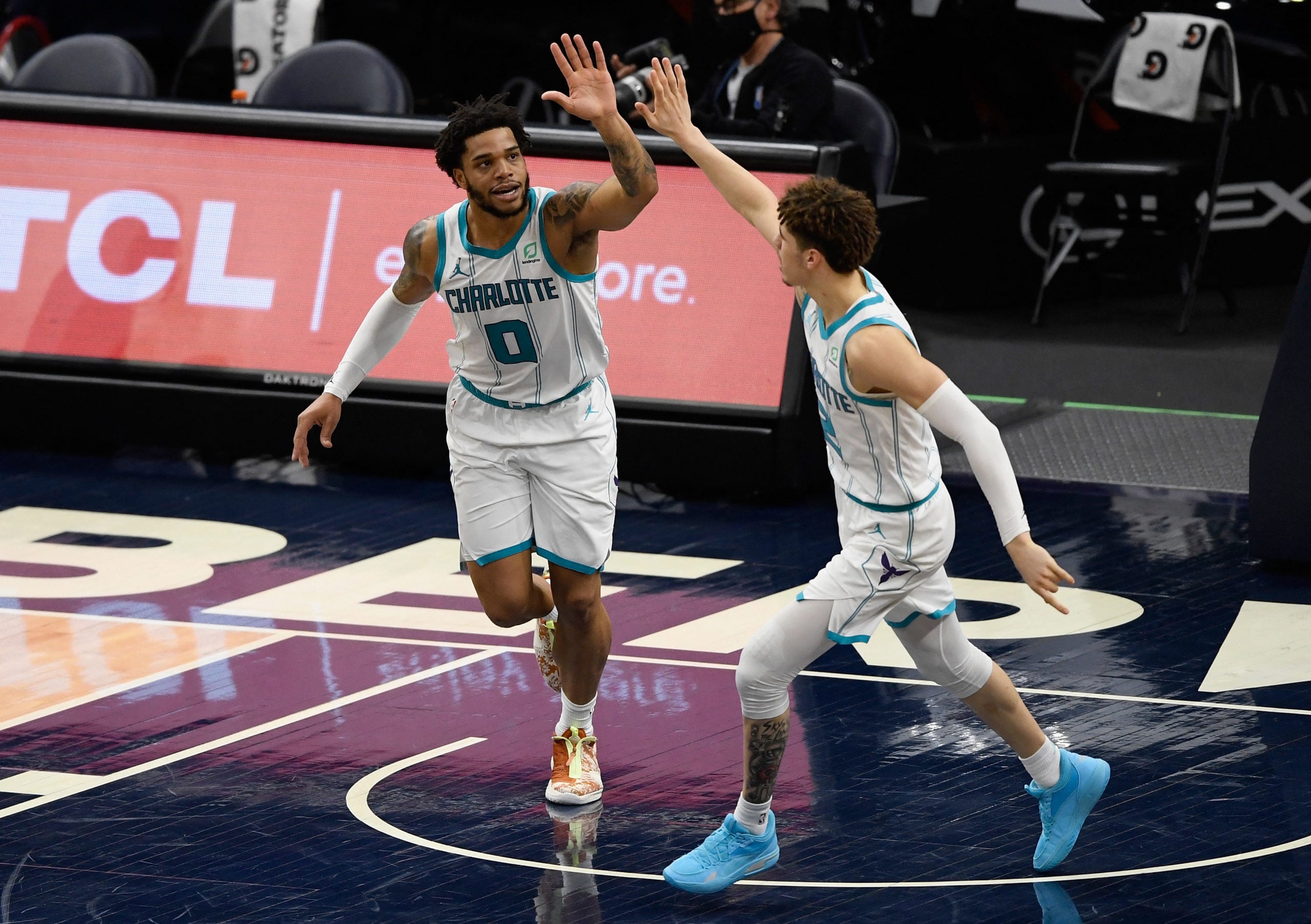 FILE PHOTO Miles Bridges #0 and LaMelo Ball #2 of the Charlotte Hornets celebrate a basket against the Minnesota Timberwolves during the third quarter of the game at Target Center on March 3, 2021 in Minneapolis, Minnesota. Photo by Hannah Foslien / GETTY IMAGES NORTH AMERICA / Getty Images via AFP)

P.J. Washington had 20 points and nine rebounds and the host Charlotte Hornets held off the Detroit Pistons 105-102 in the first game after the All-Star break for both teams on Thursday.

In the first two minutes of the second half, Charlotte pushed its nine-point halftime lead to 13 behind a 3-pointer from Ball and a three-point play from Zeller.

The Pistons climbed back into the game with a 13-2 run. Grant had five points and an assist during that span.

Grant soon gave Detroit its first lead since the first quarter at 65-64 with a layup. Devonte’ Graham scored in the last second of the quarter to give the Hornets a 73-72 edge.

Plumlee found Josh Jackson and Rodney McGruder for layups to put Detroit on top 81-78 with 8:34 remaining.

Grant hit a 3-pointer midway through the quarter to give the Pistons an 87-84 lead.

After two Grant free throws, Rozier made a 3-pointer on the Hornets’ next possession for a five-point advantage.

The Hornets led by as much as 16 in the opening half and went to the locker room with a 48-39 advantage. Hayward led the way with 11 points.

Grant paced the Pistons with 13 points but they went just 6-of-26 on 3-point attempts.