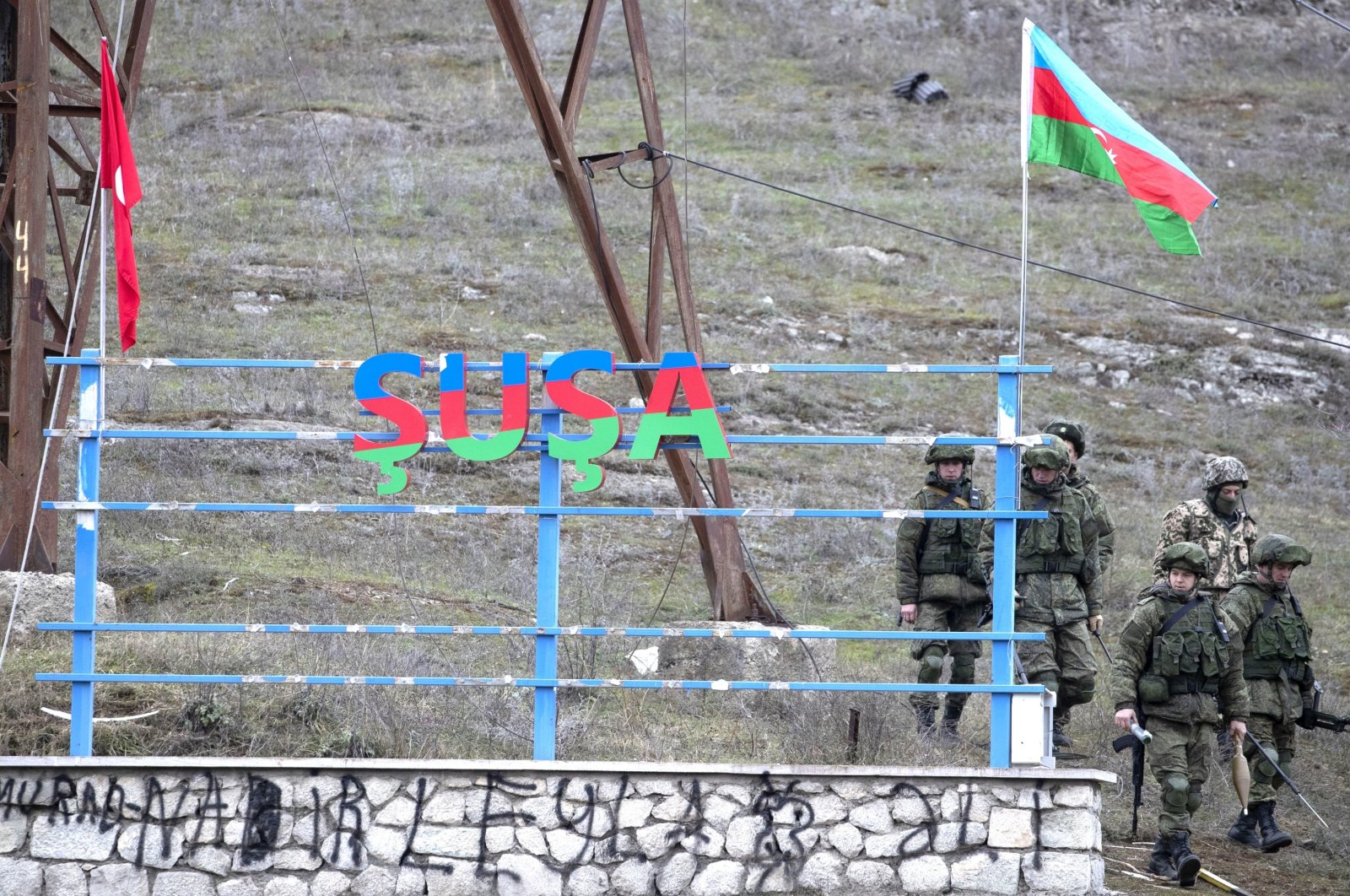 The total material damage Armenia inflicted on Azerbaijan amounts to more than $50 billion, Azerbaijan’s ambassador to Turkey told Anadolu Agency (AA) in an interview, also underlining Yerevan’s violation of international law through the destruction of cultural heritage in the Karabakh region.

“Apart from the occupation of Nagorno-Karabakh and seven adjacent regions, and war crimes committed during the wars, Armenia violated the international law among others through the efforts of the destruction of cultural heritage, ecocides and theft of our natural wealth,” Khazar Ibrahim said on Thursday.

During the six weeks of conflict, Azerbaijan liberated several cities and nearly 300 settlements and villages, which made up about 20% of the country’s territory, from occupation after almost 30 years.

“After the liberation, the sceneries in our historical lands seemed devastated,” Ibrahim said.

According to estimates, besides Azerbaijan’s residential and administrative buildings, 700 historic and cultural monuments, 927 libraries, 808 cultural centers, 85 music and art schools, 22 museums with over 100,000 artifacts, four art galleries, four theatres and two concert halls were damaged or destroyed by Armenian forces over the last three decades, the envoy said.

He mentioned that Azerbaijan has “large-scale post-war reconstruction plans” for restoring the liberated territories, adding that demining processes have been launched to realize these plans safely.

He stated that the transportation and infrastructure projects play a “crucial role” in the area, noting that in this context, right after the liberation of the city of Shusha, the construction of the international airport along with a new hundred kilometers highway from Fuzuli, involving three companies from Azerbaijan and Turkey, was announced.

Reconstruction in the liberated territories is being carried out in a way that reflects the historical and authentic heritage of the region while embracing modern technological innovations, Ibrahim said.

Modern smart cities built with cutting-edge technologies, infrastructure projects, agricultural activities, and energy supplies based on renewable resources are among the developmental goals of the region, he added.

The head of the diplomatic mission highlighted that apart from Azerbaijan, companies from Turkey, the U.K., Italy, Hungary, Japan, Israel, Iran and other states have already shown interest in contributing to the recently liberated lands.

He went on to say that as a result of the tripartite agreement signed last November, a corridor to Azerbaijan’s landlocked exclave Nakhchivan through Armenia was established. This corridor “engendered novel opportunities” for regional cooperation.

The two countries signed a Russian-brokered agreement on Nov. 10 to end the fighting and work toward a comprehensive resolution.

Azerbaijan plans to construct a highway and railway to Nakhchivan that will directly connect the country to “brotherly” Turkey, the envoy said.

Furthermore, Ibrahim said the restoration of the cultural and religious monuments destroyed and desecrated by Armenian forces during the occupation period has a “salient place” on the reconstruction agenda.

“Contrary to some popular disillusionment, Azerbaijan as a multi-confessional country will be involved in the restoration of cultural heritage belonging not only to Muslims but also Christians that have also been looted by Armenians,” he said.

“Indeed, there is too much work ahead in order to overcome the destructive burden of the occupation and it may require serious reconstruction efforts to make it possible for the internally displaced people to get back home. Only after the developmental plan is accomplished may the people return to their homes.”

Ibrahim said that as seen in previous attacks of the Armenian forces against Azerbaijani people, Armenia also continued “committing war crimes” in the recent 44-day war too.

“The Armenian army, which was incapacitated by our armed forces, did not hesitate to target civilians in cities that were not in the conflict zone. As a result, 100 of our citizens were killed, 416 were injured and serious damage to civilian infrastructure was caused,” he said.

He stated that the officials of the Armenian government “acknowledged their involvement” in the civilian attacks “once again,” adding that it was “another turn of events” happening in front of the world with its evidence and confessions.

Ibrahim said that during the second Nagorno-Karabakh war, some countries, international organizations and media outlets “turned a blind eye” to the real facts and “preferred the fabricated ones.”

“Certainly, infiltrating into the countries and societies where Armenian diaspora enrooted itself for decades and has omnipresence in almost all power circles is difficult yet achievable,” he said.

“In order to be heard, we need to perpetuate our work on reaching the world with the truth and destruct the prejudicial illusion constructed about the ‘victimhood’ of Armenians and ‘savageness’ of Turks.”

Quoting George Washington, “Truth will ultimately prevail where there are pains to bring it to light,” Ibrahim said in this regard, adding that they need “nothing more than really being heard and seen.” This requires more efficient diaspora activities among not only the ones who they like but also among those who “ignore and even have prejudices” against the Azerbaijani nation.