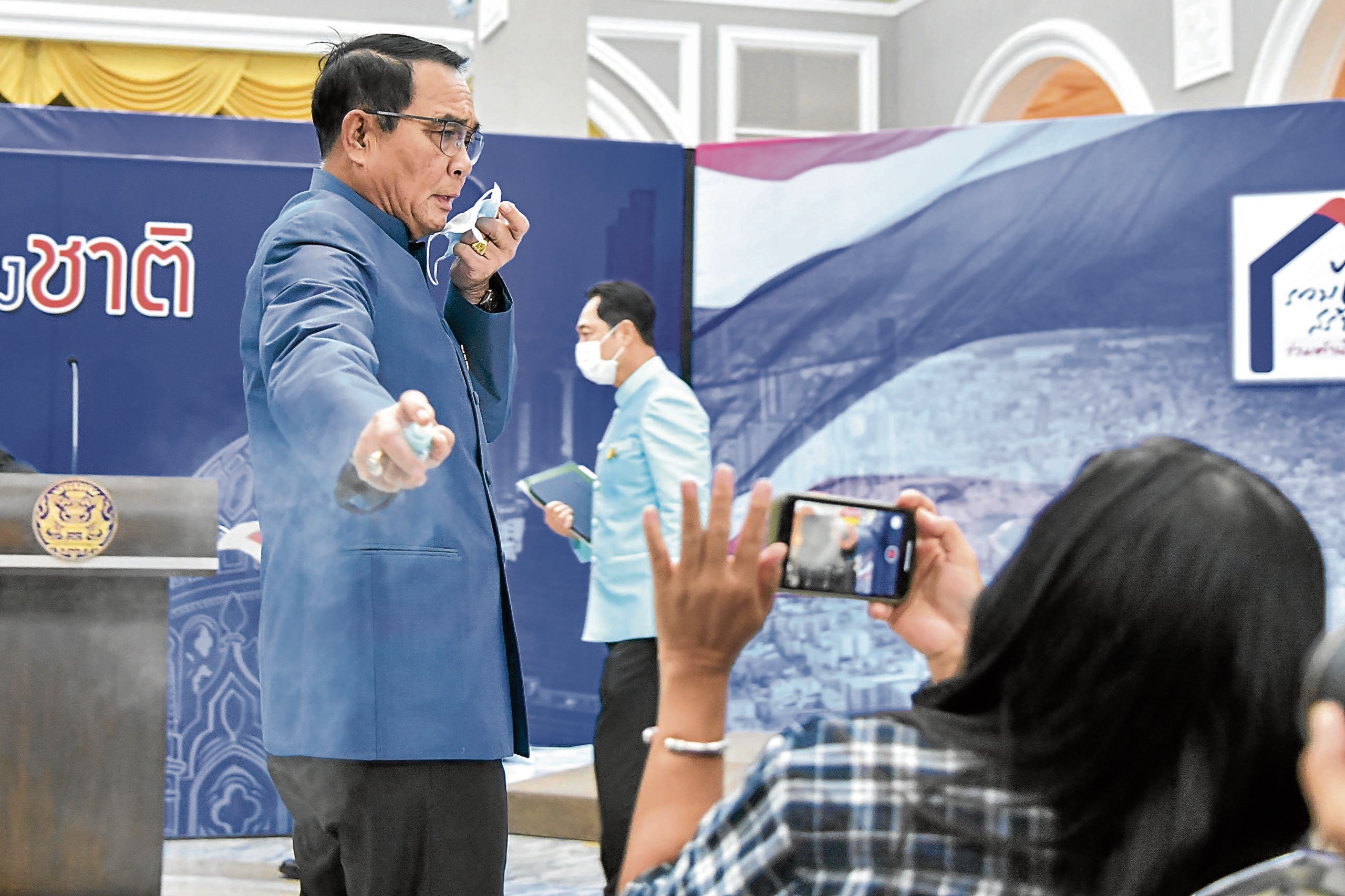 BANGKOK—Thai Prime Minister Prayuth Chan-ocha left reporters stunned and amused on Tuesday when he interrupted his own news conference to spray them with hand sanitizer in a bid to dodge tough questions.

Prayuth became frustrated when asked about a list of potential candidates for vacant Cabinet posts, following last week’s jailing of three of his ministers for insurrection during protests seven years ago.

“Is there anything else to ask?” he said, standing at a podium. “I don’t know, I haven’t seen it. Isn’t it something the prime minister should know first?”

In the live briefing, Prayuth then left the podium, grabbed a small bottle of sanitizer, casually walked over to the journalists and sprayed each of them while holding a surgical mask in front of his face.

Prayuth, a former military coup leader, is known for his casual, at times comical, remarks to media but he often lashes out at reporters.

He was later filmed speaking with the same group of journalists and looking increasingly vexed, talking inaudibly while spraying them with broad sweeps of his hand before walking off again.