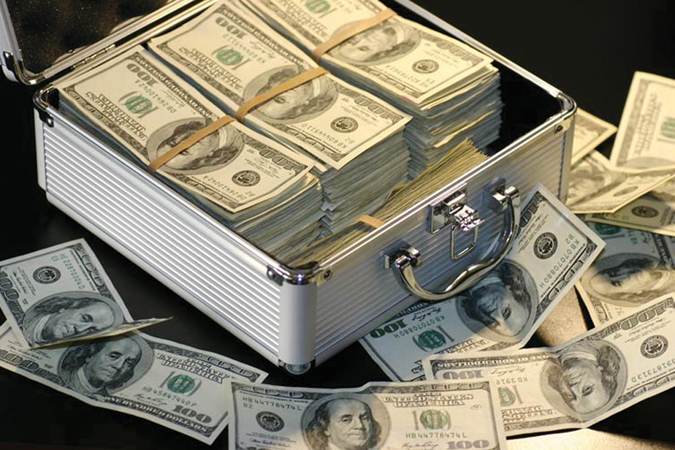 THE COUNTRY’S dollar reserves rose in February following a slight decline in January, boosted by gains from the central bank’s investments abroad and its foreign exchange operations.

Gross international reserves (GIR) — which shield the country from liquidity shocks — stood at $109.082 billion as of end-February, data from the Bangko Sentral ng Pilipinas (BSP) showed on Thursday.

The BSP expects to end the year with $102 billion in dollar reserves.

“The month-on-month increase in the GIR level reflected inflows mainly from the BSP’s foreign exchange operations and income from its investments abroad,” the central bank said in a statement.

However, this was offset by the lower revaluation adjustments of the BSP’s gold holdings amid the decline in international gold prices as well as foreign currency withdrawals meant to service debt obligations.

Ample foreign exchange buffers protect the country from market volatility and ensure that it is capable of paying its debts in the event of an economic downturn.

At its end-February level, the GIR is enough to cover 11.7 months’ worth of imports of goods and payments of services, and primary income.

It is also equivalent to 9.5 times the country’s short-term external debt based on original maturity, and 5.4 times based on residual maturity.

These gains, which fueled the GIR’s pickup in February, reflect the improvement in the global and US stock markets in the past weeks, Rizal Commercial Banking Corp. Chief Economist Michael L. Ricafort said.

On the other hand, special drawing rights, or the amount the country can tap from the IMF stood at $1.233 billion for the second consecutive month, higher by 5% than the $1.174 billion a year ago.

“For the coming months, the GIR could still post new record highs, thereby fundamentally providing some support for the peso exchange rate especially versus any speculative attacks,” Mr. Ricafort said.