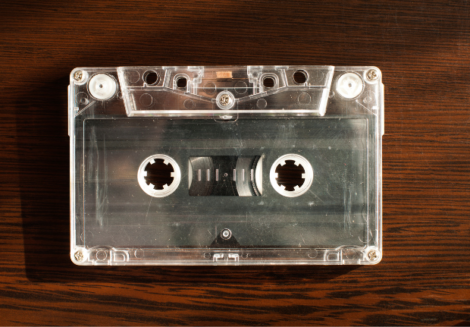 Lodewijk Frederik “Lou” Ottens, the inventor of the cassette tape, passed away on March 6 at his home in the Netherlands.

Apart from the cassette tape, Ottens was also known for his role in the development of the compact disk (CD). His death was first reported on by Dutch newspaper NRC Handelsblad on March 9.

Ottens worked as an engineer at a Philips factory in Belgium in the 1950s, where he began to establish his name in the product development department of the company. Within a year, he became part of the team that developed Philips’ first portable tape recorder. This invention sold over a million copies.

His biggest breakthrough, however, happened in the 1960s with the invention of a more compact reel-to-reel tape recorders — the audio cassette tape.

“The cassette tape was invented out of irritation about the existing tape recorder, it’s that simple,” the newspaper quoted an earlier interview they had with Ottens.

The inventor wanted a cassette tape that could fit in his pocket. This vision became a reality when Philips debuted its cassette tape at an electronics fair in 1963.

Following that successful invention, Ottens was then involved in the development of the CD in 1972. The cassette tape sold over 100 billion copies while the CD sold 200 billion, the report stated.

Despite the success of his inventions, Ottens remained humble. He once told the news outlet that he had “no pride meter” and stated that both the cassette tape and the CD were created as a team. Dana Cruz/JB

WATCH: Chocolate vinyl records you can play and eat crafted by artist