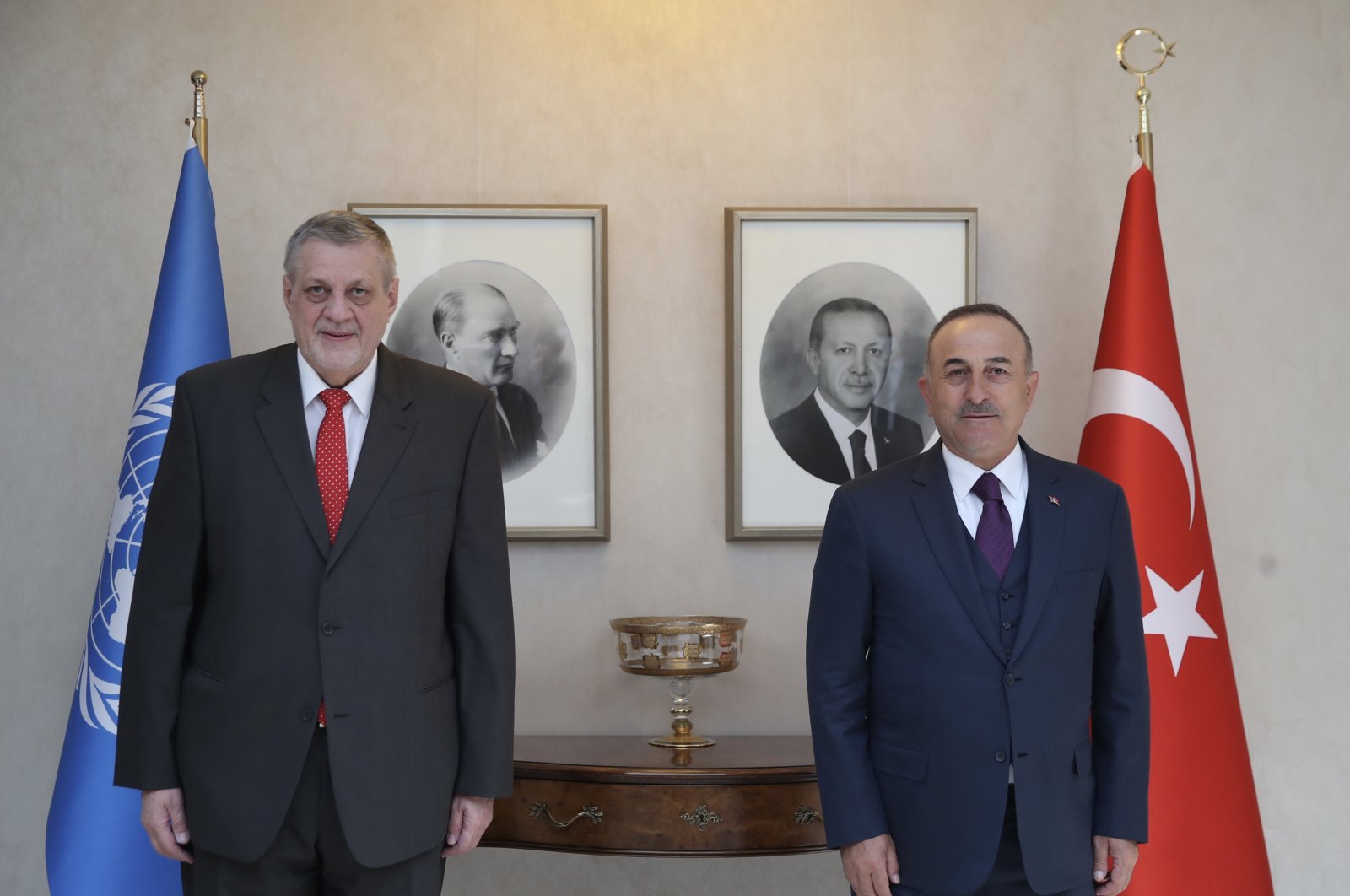 After meeting with the United Nations special envoy to Libya, Jan Kubis, in the capital Ankara, Çavuşoğlu posted a tweet saying the two diplomats discussed the ongoing political process in Libya and the latest developments on the establishment of a new interim government.

Last month, Libya embarked on a new phase of its post-Moammar Gadhafi transition after an interim executive was selected to lead the country until the December elections, following a decade of chaos.

In a potential turning point accord cautiously welcomed by key powers, four new leaders from Libya’s west, east and south now face the task of unifying a nation torn apart by two rival administrations and countless militias. Abdul Hamid Dbeibah, a 61-year-old engineer, was selected as the interim prime minister by 75 Libyan delegates at U.N.-led talks outside Geneva, the culmination of a dialogue process launched in November.

It marked the start of a new chapter for Libya after the failure of a 2015 U.N.-brokered deal that established the Government of National Accord (GNA) headed by Fayez Sarraj. Libya has been mired in violent turmoil with divisions between the U.N.-recognized legitimate GNA in Tripoli and an illegitimate rival administration backed by putschist Gen. Khalifa Haftar in the east. While Turkey and Qatar have been the main backers of the GNA, Haftar was supported by Egypt, Russia, France and the United Arab Emirates (UAE).

Speaking to Anadolu Agency (AA) for his first interview as the interim prime minister, Dbeibah said his country will be in solidarity with “friend and ally” Turkey, underlining that they aim to establish peace in the country and find solutions for major problems.

“Our support to ensure stability in brotherly ties in Libya will continue,” Çavuşoğlu also said.

In another Twitter statement, Turkey’s Defense Ministry said Tuesday that Turkish military personnel continue to give military training to the Libyan Army, as part of a memorandum of understanding (MoU) signed between Turkey and the GNA in 2019.

As part of the deal, Turkish soldiers have provided military training and consultation in coordination with their efforts to help the Libyan Army to professionalize and reach international standards with ongoing education in training centers.