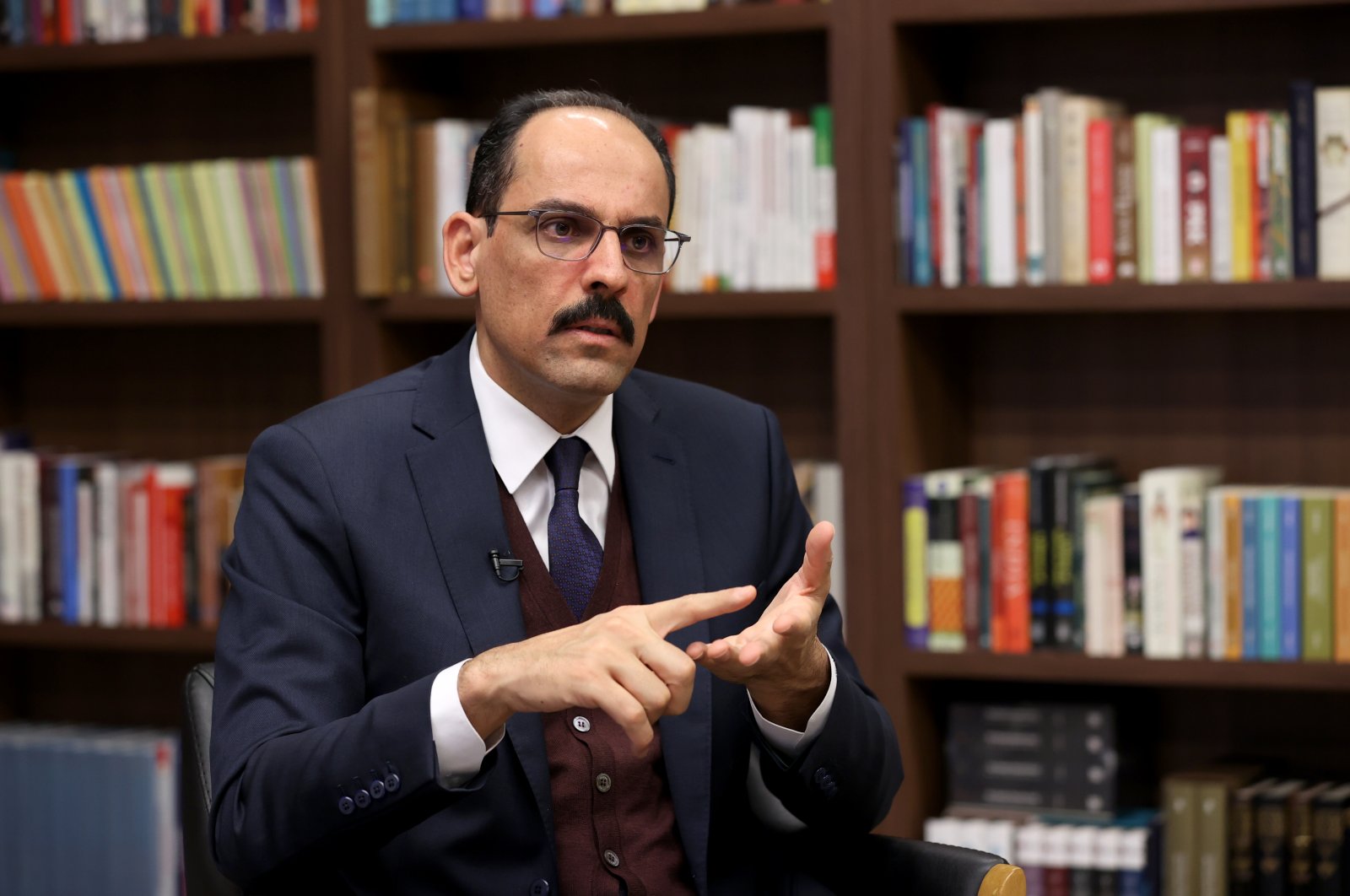 Turkey and the U.S. have the capacity to solve the S-400 crisis through negotiations, Presidential Spokesperson Ibrahim Kalın said Monday, adding that there is no need for maximalist approaches that would harm the process instead of solving the problem.

“Turkey says, as a part of NATO alliance, we need to work together in order to minimize possible security risks. It would not be right to directly reject this approach without even considering it,” Kalın said.

As far as the so-called “Crete Formula” on the issue is concerned, Kalın said there is no such formula on Turkey’s agenda and underlined that Ankara’s S-400 policy has evolved over the years, not in a day.

“We believe that a mechanism can be established to eliminate the security concerns of the U.S. regarding the S-400 systems. We have made an offer and we reiterate this offer. We believe we can build on this offer, this is possible,” the spokesperson expressed.

He explained that the offer was an examination offer of S-400 missile systems to show that it would not cause a risk to NATO security systems.

When it comes to Turkey-U.S. ties in general, Kalın underlined that there is a long history behind the bilateral relationship, which has experienced both ups and downs.

“However, one thing remained stable, which is the fact that Turkey’s strategic importance in the region has never diminished,” he continued and added that it is likely the Biden administration will keep working closely with Turkey.

Pointing at the other areas of diplomatic dispute apart from the S-400 crisis, such as the presence of the Gülenist Terror Group (FETÖ) in the U.S. and the country’s support to the YPG terrorists, Kalın said these issues pose a threat to Turkey and Ankara expects Washington to change its stance on the subjects.

Kalın also denied the rumors that Turkey has signaled to the U.S. that if it drops its support of the YPG, Ankara will also change its stance on S-400 missiles. “We don’t have such bargain with the U.S.,” the spokesperson emphasized.

“Regarding the YPG, the U.S.’ insistence on its wrong policy not only fails to solve the Syrian crisis but also damages our bilateral ties to a further level. Biden administration should reconsider this policy seriously,” Kalın said.