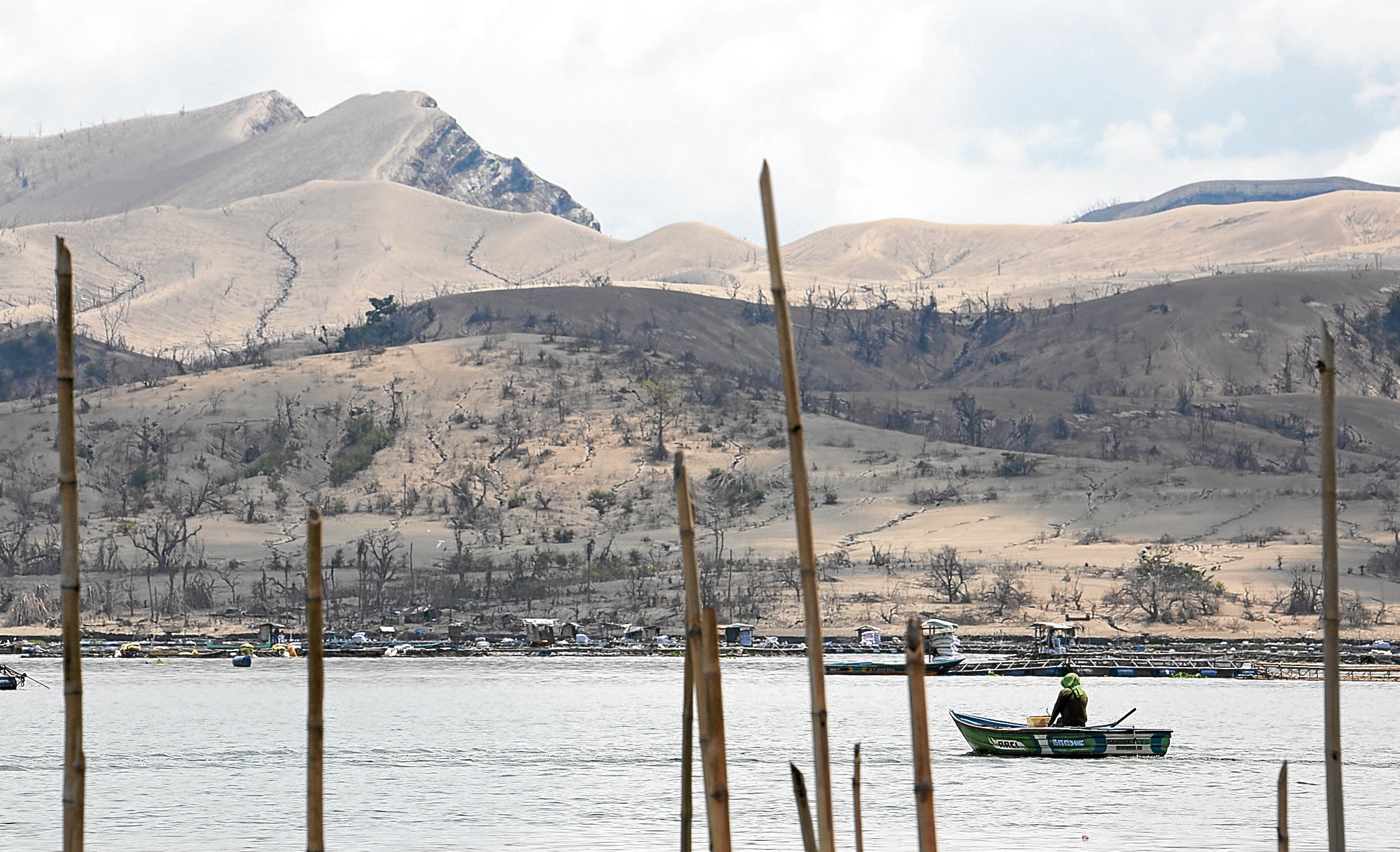 DANGER ZONE Taal Volcano Island, “Pulo” to locals who once lived there before the volcano erupted in January last year, is largely deserted after the government declared the area a permanent danger zone. The volcano’s alert status has been raised to Level 2, indicating increasing unrest. —NIÑO JESUS ORBETA

LUCENA CITY—Tagaytay City Mayor Agnes Tolentino warned city residents against opening their doors to evacuees, even if they’re relatives, to prevent transmission of SARS Cov2, the virus that causes COVID-19.

“In the event alert level 3 is raised over Taal volcano, prompting an evacuation of residents from Batangas, evacuees should not be accepted by their relatives living in Tagaytay,” Tolentino said in a two-page advisory, a copy of which was posted on the local government’s Facebook page.

Tolentino said evacuees should be directed to proceed to drop-off areas for testing, medical checkup and registration. After the process, evacuees would be brought directly to evacuation sites in different towns in Cavite province.

In case of another eruption, Tolentino also reminded city residents to stay inside their homes, close windows and other open parts of the house to prevent toxic ash from coming in.

On Tuesday, March 9, the Philippine Institute of Volcanology and Seismology (Phivolcs) raised the alert status on Taal Volcano to Level 2, indicating increasing unrest in the country’s second most active volcano.

Despite the heightened alert, evacuation is not yet recommended, although Phivolcs said magma activity in the volcano “may or may not” lead to an eruption.

Taal had been on Alert Level 1, or abnormal status, since March 19, 2020, two months after it erupted on Jan. 12, displacing more than 52,000 people from Batangas towns who sought refuge in Tagaytay City and Cavite towns.