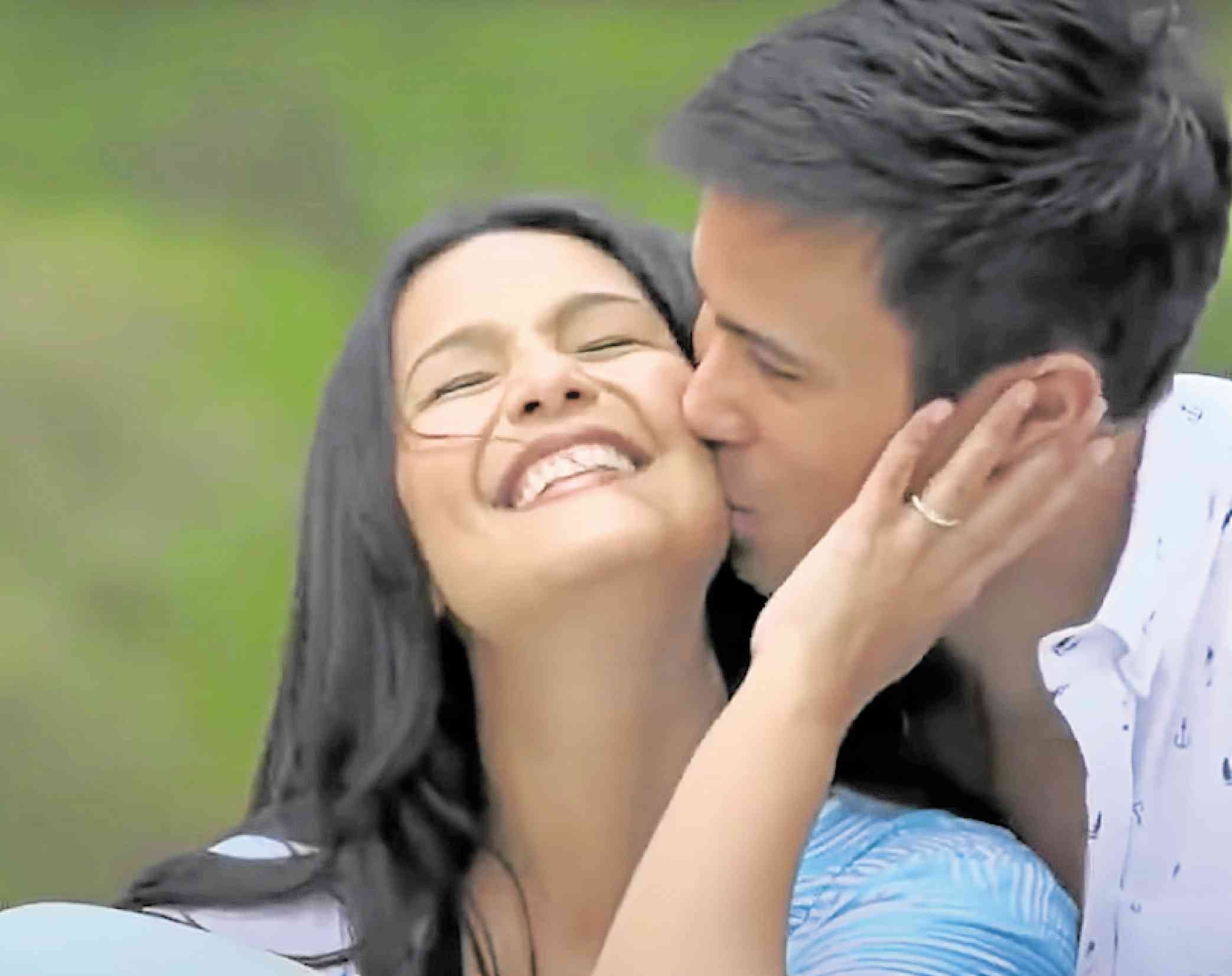 It was a surprise. I didn’t see it coming,” said actress Iza Calzado as a reaction to the announcement of her home network, ABS-CBN, that the drama series “Ang Sa Iyo Ay Akin,” where she stars alongside Jodi Sta. Maria, is now being seen on free-TV via TV5.

“It’s not about me, but about the show being granted access to reach more audience,” she told Inquirer Entertainment during the recent online media conference for “Ang Sa Iyo Ay Akin” (ASIAA) to announce its finale.

“We’re doing all these to entertain people; and then, all of a sudden, we got robbed of this opportunity [because of the network shutdown]. The minute that it’s given back to you, you treasure it, even if it’s in a different form—it’s TV5 and not even Channel 2,” she pointed out.

“Even if it’s through TV5, it’s still a big deal. My reaction when I heard about it was that, ‘Wow! Who would have thought that the last two weeks of our show would be seen by more people?’” Iza said.

The actress further said: “Despite it (broadcast franchise) being taken away from us, people still found ways to watch ASIAA. I have friends who said they’re in New York and are following the show faithfully. We’re still able to reach our audience. I wonder how much of an impact the show would have made if ABS-CBN had its franchise, but that’s just a big ‘what if?’ We don’t want to dwell on that anymore.”

Out of her system

Iza pointed out that it had been a year since the government issued a pandemic lockdown in mid-March of 2020. “So many things have happened to us, individually and collectively. We still don’t know up to when we will stay this way. Right now, people need whatever they can hold on to in order to keep themselves happy. Let’s give it to them. Thank you for this gift. I am grateful.”

Meanwhile, as the show is about to end, Iza admitted that she is looking forward to finally taking her character, Ellice Cenidoza-Villarosa, out of her system. She has been playing the role for the last seven months.

Iza, however, said she appreciates being Ellice, too, and hoped she could keep some of the latter’s good characteristics. “Like her, I want to be a good wife [to husband Ben Wintle] and eventually, a good mother. I personally won’t stick with anybody if he’d treat me the way Gabriel (Sam Milby) did,” Iza explained. “Gabriel was so cold to her. I can’t say I want to be like her in that aspect, but I definitely want to be the kind of mother that she is to Hope (Kira Balinger).

The actress added: “She really fought for Hope, from the time the baby got admitted to the NICU (neonatal intensive care unit) to keep her alive, until the end. I think the decision Ellice made in the end was based on, ‘How will I be a good example to our daughter?’ It’s a major part of her decision-making process in the end.”

As for Gabriel, Iza, as Ellice, has this to say: “Thank you for standing up for me.” She explained: “Toward the last weeks of the show, we have seen how Gabriel chose to be by her side despite her being difficult. Gabriel decided to fight for the woman he loves.”

At this point, Inquirer Entertainment asked Sam to react to Iza’s comment. Sam, as Gabriel, answered: “Ellice, first off, I’m sorry that it took me so long to realize that I should be fighting for you.”

Sam explained: “Gabriel had so many doubts. He blamed his wife for all his misgivings. He did this to Ellice instead of taking responsibility for his actions. To Ellice, I want to say sorry. I should have fought for you from the start.”

ASIAA, directed by FM Reyes and Avel Sungpoco, revolves around the lives of two opposing women—Ellice and Marissa Pineda-Zulyani (Jodi Sta. Maria). Their families get dragged to their clashes, which resulted in betrayals, conspiracies, and shocking revelations.

The story, written by the team led by Keiko Aquino, ends with the airing of the final episode on March 19. Viewers can also see the show on the A2Z channel in Metro Manila and in some parts of Cavite, Laguna, Quezon, Rizal, Bataan, Batangas, Bulacan and Pampanga.