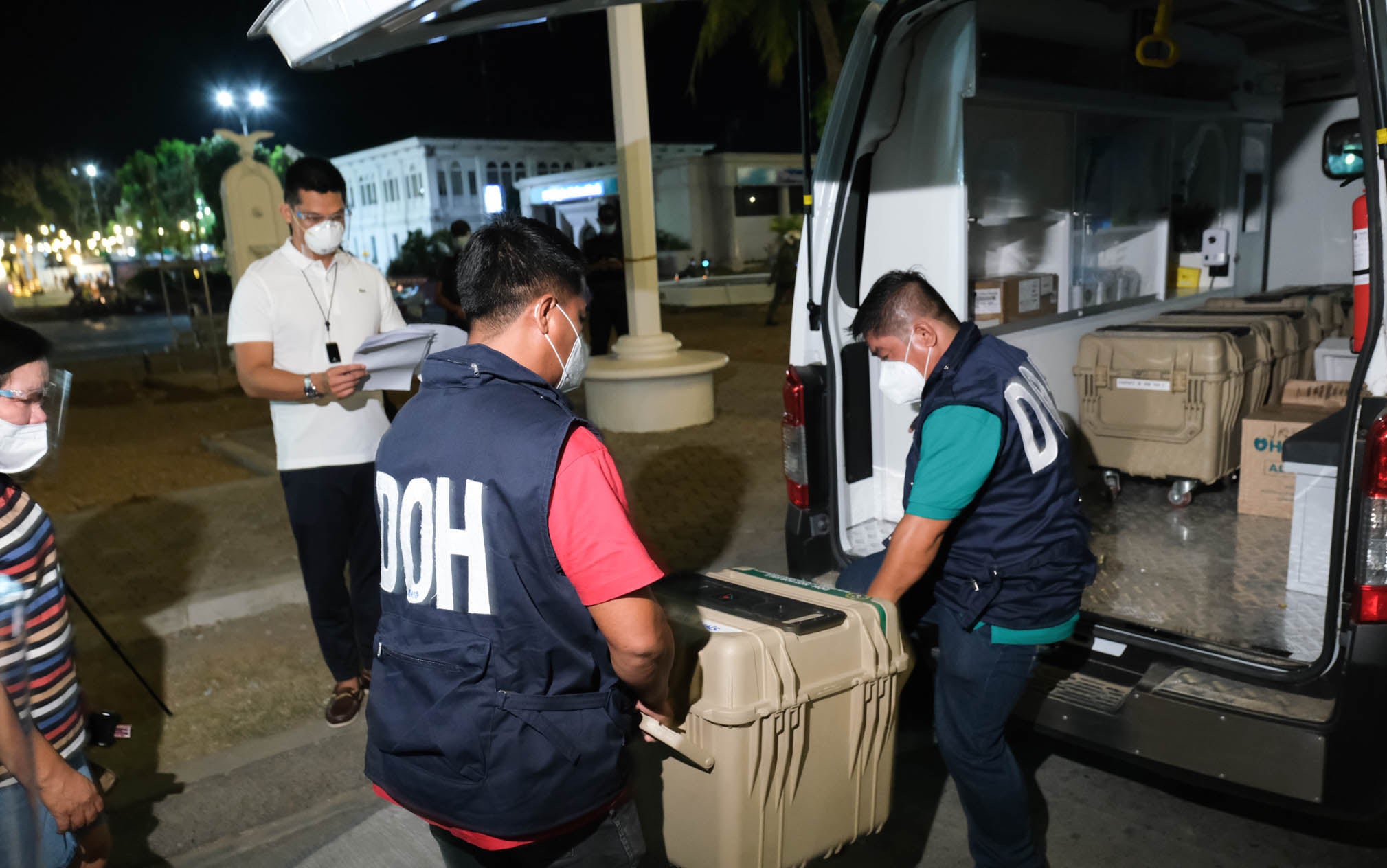 Officials of the Ilocos Norte provincial government receive the first doses of CoronaVac on March 5 for the province’s vaccine rollout. PHOTO FROM ILOCOS NORTE PROVINCIAL GOVERNMENT

Dr. Rheuel Bobis, COVID-19 focal person of the Department of Health (DOH) in the Ilocos region, said at least 508 additional doses were delivered to Ilocos Norte on March 9.

Of the 508 doses, the DOH had allocated 372 doses for 186 health care workers of five private hospitals in the province.

The other 136 doses were deployed to four public hospitals in Bangui, Piddig, Marcos, and Dingras towns, Bobis said.

According to Dr. Norman Rabago, provincial health consultant, two health facilities in the province were designated as vaccination sites for private hospital workers.

These are the Karmelli Hospital here, which got the most doses at 144, and the Black Nazarene Hospital in San Nicolas town.

So far, records from the DOH in Ilocos region showed that the province already received a total of 2,954 doses of the vaccines, which are manufactured by Sinovac Biotech Ltd. in China and donated by the Chinese government.

As of March 9, a total of 768 health care workers out of the 1,223 who registered for the vaccine program were already injected with CoronaVac since the province started its rollout on March 6, Bobis said.

In the past five days, none of those who got injected with CoronaVac showed any serious side effects, said John Paul Aquino, immunization focal person of DOH in Ilocos region.

Bobis told the INQUIRER that the first 492 doses of the British-made AstraZeneca vaccines will arrive in Ilocos Norte on March 10.

These vaccines were set aside primarily for health care workers from three COVID-19 referral facilities who are 60 years old and above and with other diseases which COVID-19 could complicate.