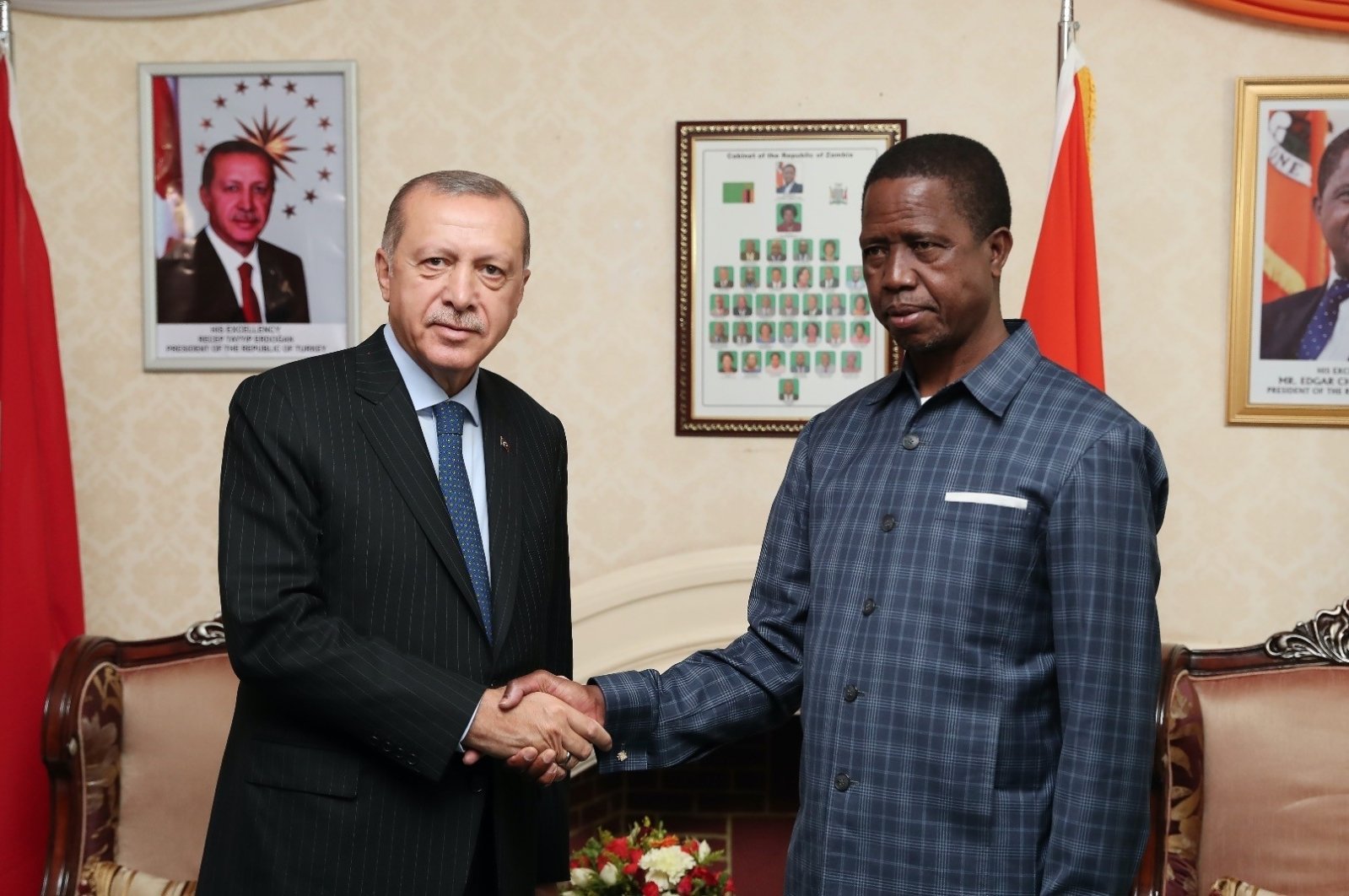 Zambia’s honorary consul in Istanbul on Sunday said Zambia and Turkey have established mutually beneficial relations that have continued to grow in recent years.

Bülent Göktuna said Turkey regards Zambia as a strategic partner both in the Southern African region and the continent as a whole, according to a statement by the Zambian Embassy in Ankara.

He was speaking at the Zambian Chancery in the Turkish capital before handing over a consignment of 12 computers and a laptop worth TL 166,000 ($23,000) to Zambia’s Ambassador to Turkey Joseph Chilengi.

He expressed happiness that the reciprocal visits culminated in the signing of 12 bilateral agreements on cooperation in various fields.

Erdoğan met Lungu back in 2018 in the Zambian capital Lusaka. During the first-ever official visit by a Turkish president to the east African country, Turkey and Zambia signed 12 agreements, which covered agriculture, stockbreeding, fisheries, tourism as well as investments, sports and diplomacy.

“I’m confident that we will further strengthen the relationship … many good things are yet to come,” Göktuna said.

He pledged to work with Zambia’s diplomatic mission to improve relations with regional countries such as Azerbaijan.

The Zambian diplomatic mission in Turkey covers Azerbaijan, the Hashemite Kingdom of Jordan, Georgia and North Macedonia as countries of extra accreditation on a nonresidential basis.

Göktuna vowed to continue supporting the mission in its effort to actualize Zambia’s foreign policy anchored on economic diplomacy.

Chilengi thanked Göktuna for the donation and assured that the computers would be put to good use. “I need to acknowledge that this is modern equipment, state-of-the-art, and it will go a long way to support the work of the embassy and the government.”

He commended Göktuna for his long service to Zambia and unveiled a photo wall display of presidential portraits of the six heads of state that have ruled Zambia since its independence in 1964.

For decades, Turkey had a one-dimensional foreign policy that was shaped by its relations with the West, but now the country has changed course, adopting its most diverse, multidimensional and independent foreign policy since the end of the Cold War.

Turkey’s engagement with Africa dates back to the adoption of an action plan in 1998, but relations really took shape in 2005, which Ankara declared the “Year of Africa.” Turkey was accorded observer status by the African Union (AU) the same year. In a reciprocal move, the AU declared Turkey its strategic partner in 2008, with relations between the continent and Turkey gaining momentum when the first Turkey-Africa Cooperation Summit was held in the commercial capital Istanbul with the participation of representatives from 50 African countries that year.

In 2009, there were only 12 Turkish embassies in Africa, of which five were in North Africa. Now, there are 42. Turkish Airlines flies to 60 different destinations in 39 countries on the continent. The Turkish International Cooperation and Development Agency (TIKA) has nearly 30 coordination centers, and the Foreign Economic Relations Board (DEIK) has joint business councils with more than half of the African countries.