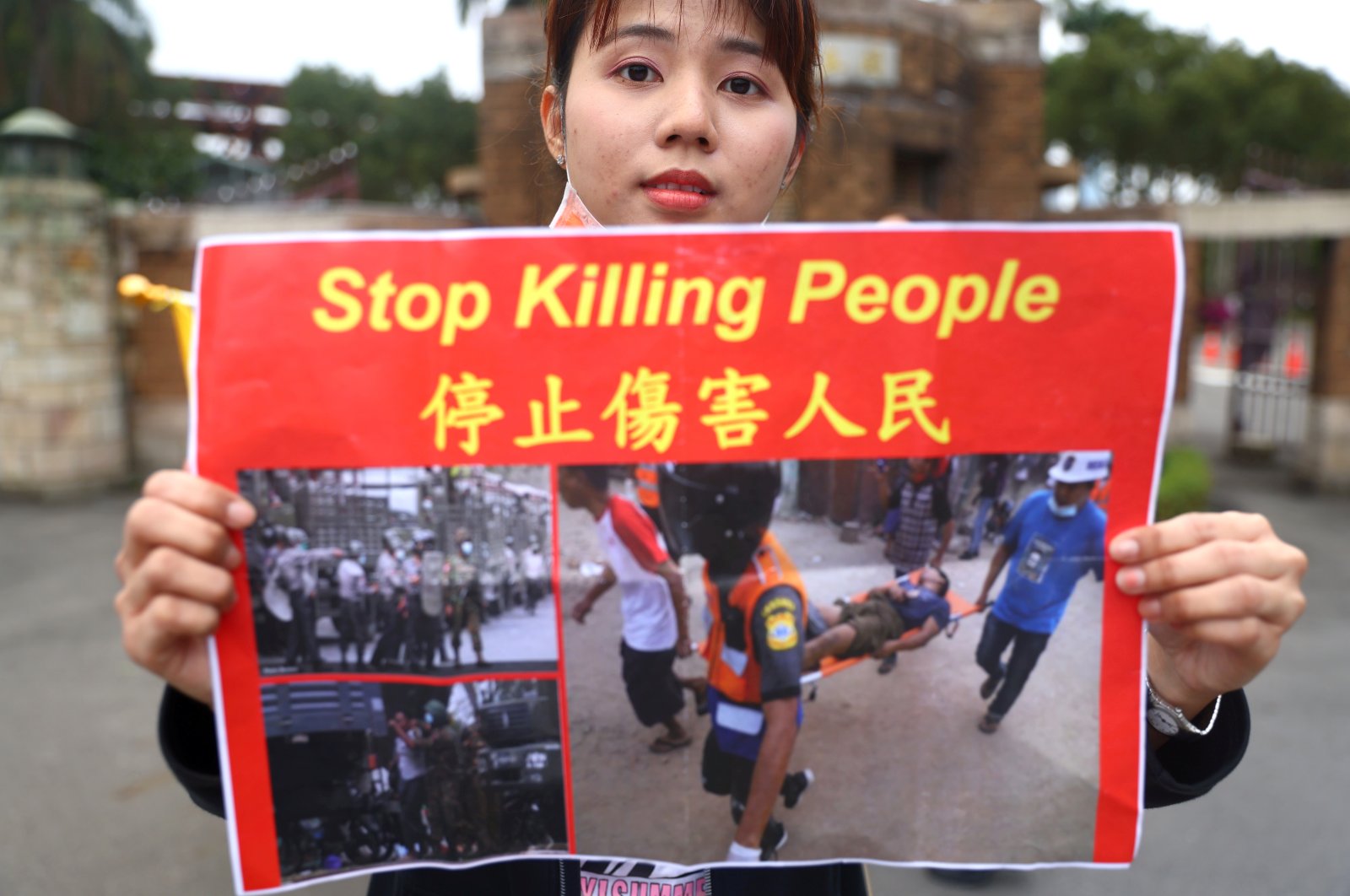 Turkey on Sunday denounced Myanmar security forces’ harsh response to civilians protesting the military’s seizure of power, in which at least 18 people were killed.

“We observe with deep concern that the stability in Myanmar is deteriorating after the coup d’etat on Feb. 1, 2021. In this context, we strongly condemn the disproportionate use of force by the security forces against peaceful protesters causing the loss of many civilian lives today (28 February),” the foreign ministry said in a statement.

Ankara also called for the necessary steps to be immediately taken for the restoration of democracy in order to provide peace and stability, calling for an immediate cessation of violence against the peaceful protestors.

Security forces in Myanmar opened fire and made mass arrests Sunday as they sought to break up protests against the military’s seizure of power, and a U.N. human rights official said it had “credible information” that at least 18 people were killed and 30 were wounded.

That would be the highest single-day death toll among protesters who are demanding that the elected government of Aung San Suu Kyi be restored to power after being ousted by a Feb. 1 coup. About 1,000 people are believed to have been detained Sunday.

Before Sunday, there had been eight confirmed reports of killings linked to the army’s takeover, according to the independent Assistance Association of Political Prisoners.

“The secretary-general urges the international community to come together and send a clear signal to the military that it must respect the will of the people of Myanmar as expressed through the election and stop the repression,” Dujarric said.

U.S. officials including Secretary of State Antony Blinken also condemned the violence. White House National Security Advisor Jake Sullivan issued a statement saying the U.S. is “alarmed” by the violence and stands in solidarity with Myanmar people “who continue to bravely voice their aspirations for democracy, rule of law, and respect for human rights.”

Washington has imposed sanctions on Myanmar because of the coup, and Sullivan said it would “impose further costs on those responsible,” promising details “in the coming days.”

The Feb. 1 coup reversed years of slow progress toward democracy after five decades of military rule. Suu Kyi’s National League for Democracy party would have been installed for a second five-year term in office, but the army blocked Parliament from convening and detained her and President Win Myint, as well as other top members of Suu Kyi’s government.