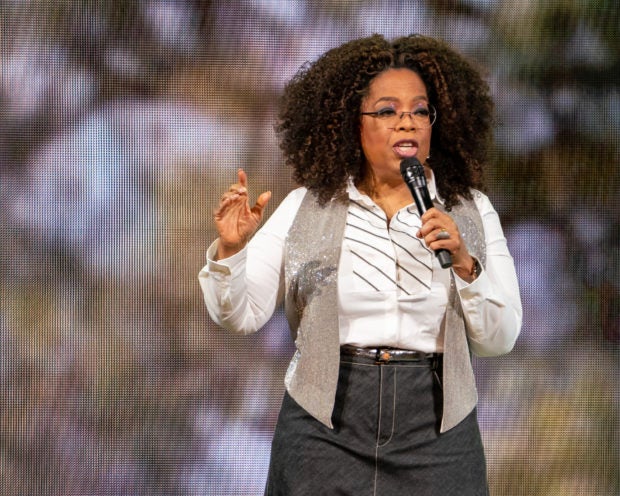 Oprah Winfrey’s highly anticipated interview with Prince Harry and Meghan Markle shocked a lot of viewers, but there are still some things from it that the Queen of Talk deemed she has to share.

Following the interview, the couple had not dug any deeper into their revelations. Winfrey also didn’t state her reaction to the interview on social media accounts.

However, she reflected on the entire exchange in an exclusive interview with Gayle King, Anthony Mason and Tony Dokoupil of “CBS This Morning” yesterday, March 8.

In the past, Meghan and Harry had called out paparazzi for invasion of privacy in their California home, so their tell-all interview raised some eyebrows about how much privacy the couple really wanted. For Winfrey, the answer was really simple.

“Yes, they want privacy but they understand that they are public figures and the ‘privacy’ is not to be intruded upon — the same thing everybody else in the world wants,” she told King. She added that, for her, the couple had been hurt a lot emotionally to muster enough courage to do the interview.

“I think they agreed to do it, wanted to do it, [and] were ready to do it because when you have been lied about for a series of years… [you know] how hurtful that is,” she said, stressing that Meghan and Harry had been under scrutiny for years on end.

When Meghan revealed that there were “conversations” in the palace about her son Archie’s skin color, Winfrey’s jaw visibly dropped.

However, the surprise wasn’t caused by the idea of these conversations circulating in the palace. Instead, she was taken aback by the couple talking about it.

“Even I, on the tape, you could hear me go ‘Whoa’ because I cannot even believe you are saying this right now,” she told Dokoupil.

As seen on the TV special, Winfrey tried to dig deeper as to who were the people having these discussions, but the couple ultimately refused to name them. However, Winfrey clarified that neither Queen Elizabeth II nor Prince Philip were involved.

WATCH: @Oprah says “it was not his grandmother nor his grandfather” that were a part of the conversations about Prince Harry & Meghan’s baby’s skin color. #OprahMeghanHarry pic.twitter.com/LpPLmkUEFR

“He (Prince Harry) wanted to make sure that I knew… that it was not his grandmother nor his grandfather that were a part of those conversations,” she told the three hosts.

Winfrey also stated that, apart from discussions on skin color, talking to Meghan about her mental health and hearing Prince Harry say he was “trapped” were also shocking to her.

Originally, Winfrey’s interview tape with Meghan and Harry was more than three hours long. The TV special that aired only lasted for a little over an hour.

Even though there were massive cuts from the original interview, Winfrey was very happy with the result, she told the CBS hosts.

“[During] the process of trying to edit this 3 hours and 20 minutes down to an hour and 25 minutes, I’d said to my team, ‘The most important question to be answered here at the end of this show would be: Why did they leave?.’”

Cost of airing the royal kryptonite

Despite the revelations that Meghan and Harry said during the interview, they were actually not paid to do it. King asked Winfrey to clarify this matter during her morning news program appearance.

“Yes, they were not paid for the interview,” Winfrey said, shrugging her shoulders.

Given that Meghan and Harry were not paid to appear with Oprah, costs were expected to be pretty low. However, that is not the case when licensing fees came into play.

CBS paid a hefty $7 million to $9 million for the rights to air Winfrey’s interview, sources said in a report from The Wall Street Journal on March 5.

Winfrey’s production company, Harpo Productions, and CBS agreed to air the special in international markets like ITV in the United Kingdom. So while there were no payments made to the couple, there was a great deal of money sent Oprah’s way.

But the idea of “costs” don’t stop there.

Now that Meghan and Harry have exposed many controversial issues within the royal family, what will it cost the monarchy?

Journalists who have been following the royal family were not expecting the statements that came from Meghan and Harry, but most of them saw how badly the allegations might cause damage.

“It went a lot further than I think most of us were expecting,” Roya Nikkhah, a royal correspondent for The Sunday Times, told Sky News on March 8. She even noted that it was the “most revealing royal interview” she’s ever seen.

Vanity Fair’s royal editor Katie Nicholl also thought so, adding that she was expecting far less from the interview.

“I always said the Royal Family would come out of this at best looking out of date, perhaps unwelcoming, but this is so much worse than that,” she said in the interview on the same day.

‘I always said the Royal Family would come out of this at best looking out of date, perhaps unwelcoming, but this is so much worse than that’, says Katie Nicholl, Royal Editor at Vanity Fair.

Nicholl suggested that the racist allegations raised by Meghan and Harry were going to be the most damaging aspect of the interview. This thought was mirrored by Sky News’s own royal correspondent Rhiannon Mills in a statement on March 8.

Mills said that with allegations related to race and suicide, “it feels impossible that they can stick to the age old mantra of never complain, never explain.”

Each of the correspondents believe the palace will be responding to the allegations casted by Harry and Meghan, but they will have to take some time to analyze the situation.

Buckingham Palace is yet to comment on the matter but Queen Elizabeth II’s former press secretary Charles Anson believes she won’t be commenting at all.

“They tend to treat these family matters privately — not to do it all over the airwaves,” he told the Daily Telegraph also on Monday.

Whether Buckingham Palace decides to wait, act fast, or not act at all, the world will just have to wait and find out. JB