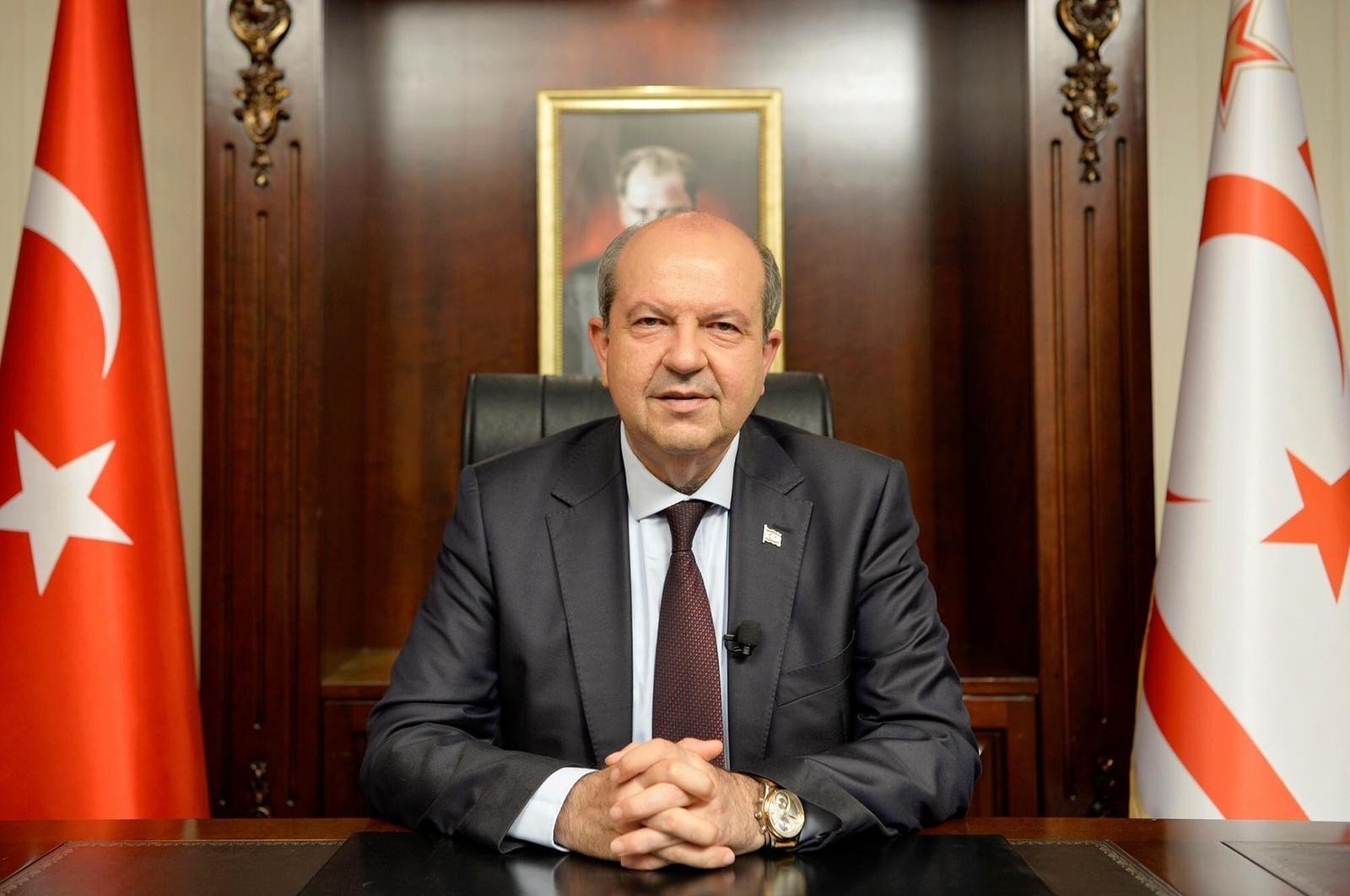 The Turkish Cypriot leader late Thursday welcomed the United Nation’s recent announcement of the time and location of an informal meeting to discuss ways of restarting the deadlocked peace talks on the divided island of Cyprus.

Releasing a statement on Twitter, the Turkish Republic of Northern Cyprus’ (TRNC) President Ersin Tatar said that a realistic consensus is possible and added that the TRNC will share its vision, also supported by Turkey, based on the presence of two sovereign states on the island and cooperation between them.

The Greek Cypriot leader also said Thursday he’ll attend the U.N.-hosted meeting in April with “full political will” to get dormant peace talks up and running again.

The U.N. announced late Wednesday that Secretary-General Antonio Guterres was inviting the leaders to an informal meeting in Geneva, Switzerland on April 27-29 “to determine whether a common ground exists for the parties to negotiate a lasting solution to the Cyprus problem within a foreseeable horizon.”

The invitees also include the foreign ministers of the three “guarantors” of Cyprus’ independence – Greece, Turkey and Britain.

U.N. spokesperson Stephane Dujarric, who announced the dates for the April meeting, was asked Thursday whether these would be “crunch talks.”

“We’re not in the business of doing ultimatums,” he replied saying the U.N. doesn’t give up “if something doesn’t happen.”

“We think this is an opportune time for an informal meeting and we very much hope there will be a positive outcome,” Dujarric said.

Earlier this month President Recep Tayyip Erdoğan ruled out discussing a federal system to reunify Cyprus, insisting that a two-state accord is the only way forward. Tatar has strongly echoed Erdoğan.

Greek Cypriots strongly reject any deal that would legitimize the island’s ethnic partition. Anastasiades instead is proposing a “decentralized federation” under which the Greek and Turkish speaking zones would be granted more authority to run their own affairs.

Guterres stressed in a report to the U.N. Security Council last month that “the primary responsibility for the future of the process remains with the parties.”

He said a meeting of the key players must help clarify “the true extent” of their common vision “and outline steps necessary to chart a way forward.”

The U.N. chief also warned that “time is working against a mutually acceptable political settlement in Cyprus.”

The island of Cyprus, with a combined population of just over 1 million, has been divided since 1974 when a Greek Cypriot coup aimed at Greece’s annexation of the island was followed by violence against the island’s Turks and Ankara’s intervention as a guarantor power. It has seen an on-and-off peace process in recent years, including a failed 2017 initiative in Switzerland under the auspices of guarantor countries Turkey, Greece and the U.K. The TRNC was founded in 1983.