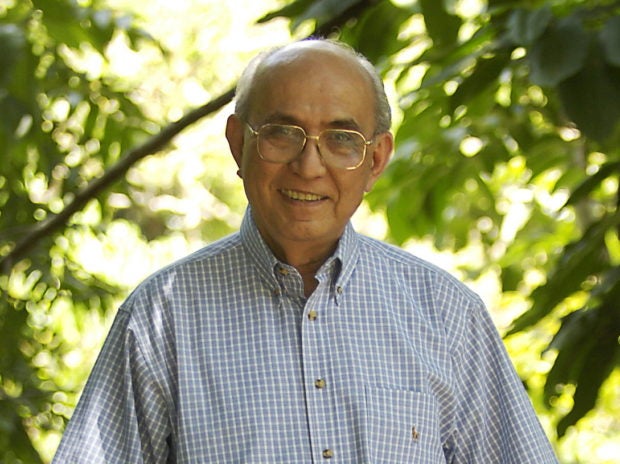 MANILA, Philippines — The Senate on Monday paid tribute to late Fr. Joaquin Bernas, a Jesuit lawyer and one of the framers of the 1987 Constitution.

During the Senate’s plenary session, the chamber adopted Senate Resolution No. 674, taking into consideration Senate Resolution No. 675, extolling Bernas for his “immeasurable and invaluable contributions to the legal profession and society.” The two resolutions were introduced by Senate President Vicente Sotto III and Senator Richard Gordon, respectively.

Bernas, a notable constitutionalist and one of the framers of the 1987 Constitution, passed away over the weekend. He was 88.

“We salute you for a life of service and devotion to God, the rule of law, and your countrymen, Fr. Joaquin Bernas,” Sotto said in sponsoring the resolution.

The Senate president described Bernas as someone with a “strong sense of morals and ethics who was humble and calm, exuding authority even in his silence.”

Sotto also said the Jesuit lawyer had willingly responded to the call of legal and moral duty to protect democracy and human rights unmindful of his own physical well-being.

Bernas’ “unblemished devotion” and faith in God and the rule of law had helped rebuild the country through his teachings, writings, and leadership, the senator further said.

“His death is a great loss not only to his Atenean family and to the legal profession but to the Filipino people and the nation as well,” he added.

Bernas served as dean emeritus of the Ateneo Law School and was Ateneo de Manila University president from 1984 to 1993.

For his part, Gordon said Bernas was not only “a lawyer, a man of the cloth, an educator, and a counselor” but he was also a friend.

He said Bernas, who would often be called to court to share his wisdom on complex and novel constitutional issues, resolved some key legal issues of national significance.

“Father Bernas was a dedicated educator who shared his knowledge and expertise on political and constitutional laws to young law students, inspiring them to become excellent public servants and legal practitioners,” Gordon said.

Senator Grace Poe, meanwhile, manifested to be included as one of the co-authors of the Bernas resolution.

“I remember during the court case of FPJ (Fernando Poe Jr.) in 2004 when the issue was his citizenship, Fr. Bernas as a member of the friends of the court, stayed for the 12-hour or more marathon just to be able to defend the right of a child,” Poe recalled.

“And stating that FPJ should be considered natural-born, having a father is sufficient for him to be considered a natural-born Filipino citizen. We are very grateful for his fairness and legal expertise and for adding clarity to that debate that FPJ ultimately won,” she added.