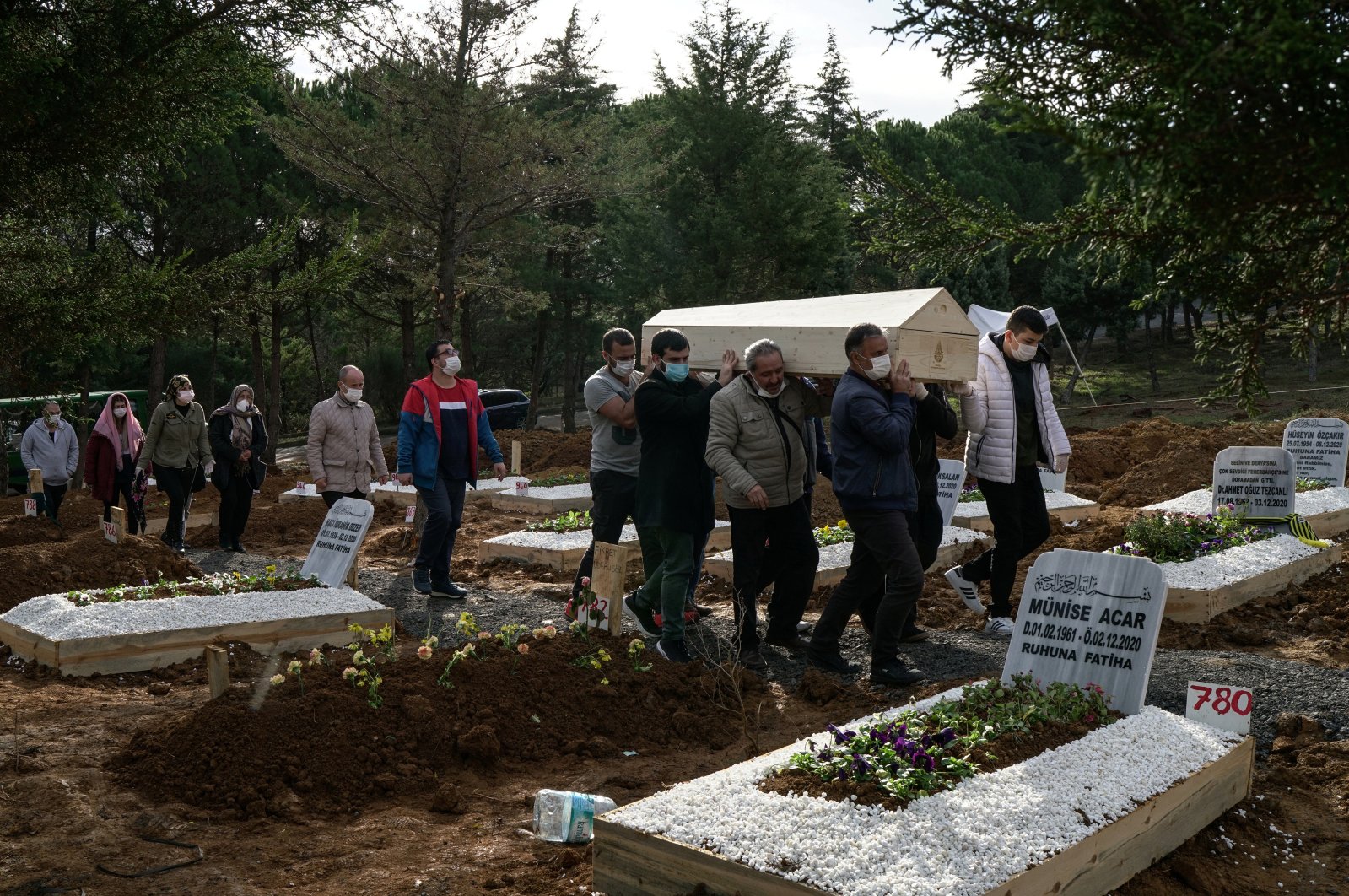 The assembly of the Istanbul Metropolitan Municipality (IBB) approved a new hike in prices for empty burial plots starting in April. Under the new decision, the maximum fee for a burial plot in the city’s famous cemeteries will be TL 37,400 (around $4,870), a figure slightly higher than the previous fee of TL 34,000. The lowest price for a burial plot will be TL 2,400.

Finding an empty plot in the overcrowded city of more than 15 million people is the most common problem for families of the deceased. The municipality provides most of the funeral services for free, like the ritual washing of the dead for deceased Muslims, wooden coffins, burial work and transportation of the deceased to other cities for burial.

Under the new fee guidelines, those seeking burial in Karacaahmet, Nakkaştepe, Zincirlikuyu, Aşiyan, Nafibaba, Ulus, Abide-i Hürriyet and Çengelköy cemeteries will be charged TL 37,400 if they are seeking a burial plot in advance and in a place of their choice. If an empty plot is available at the time of death and the deceased’s next of kin cannot find a proper place to bury him or her, the price tag is halved, though this means the deceased would be buried next to a stranger instead of family members.

Plot prices are relatively lower in Istanbul’s outer districts such as Kurtköy, Çekmeköy and Kayabaşı, where an empty plot only costs TL 5,000.

The city, the most diverse in the country in terms of population, hosts 502 Muslim and 67 non-Muslim (Armenian, Greek, etc.) cemeteries run by the IBB, which is tasked with setting prices and allocation of burial plots.

Some cemeteries have almost reached a point where they have no new burial plots. The municipality has already stopped issuing plots in these cemeteries and allows plots only for the recently deceased members of the families of the deceased already buried there.

The municipality occasionally reregulates the prices for burial plots, and prices change based on a cemetery’s location, physical features and current economic indicators. Cemeteries are divided into four categories, and although there is no title for each category, their location indicates how they are classified. The Zincirlikuyu, Ulus and Aşiyan cemeteries are located in affluent neighborhoods. The popular burial site of Zincirlikuyu lies next to the city’s busiest financial hub, under the shadow of skyscrapers, while Aşiyan offers a splendid view of the Bosporus from the upscale Bebek neighborhood on the European side.