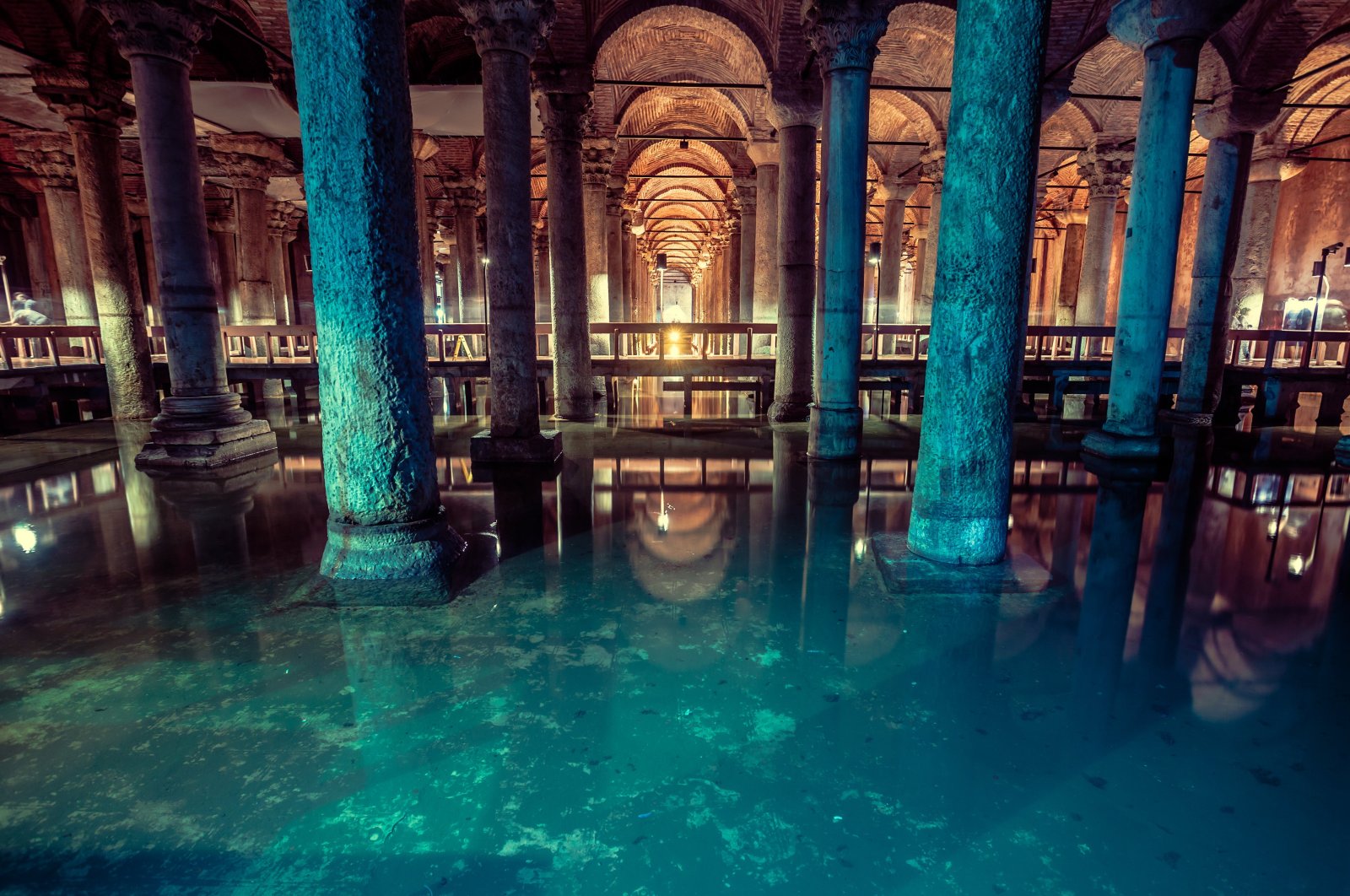 Authorities say the Basilica Cistern in Istanbul is under immediate risk of collapse in the event of an earthquake. The cistern, built by zantine Emperor Justinian I in A.D. 542 to supply water to the palace, is currently under restoration.

Oktay Özel, head of the Department of Cultural Properties at Istanbul Metropolitan Municipality (IBB) said Thursday that the restoration work, which started about four years ago, exposed the risk. “We don’t even have one second to wait to (reinforce the cistern against the risk),” he said.

“We examined the iron bearings connecting columns which replaced the original wooden bearings and discovered gaps between them. The bearings were placed during the most recent restoration work in the early years of the republic but they have corroded over time,” he told Demirören News Agency (DHA).

He said they were now awaiting approval from the local board for the preservation of historical structures to go ahead with reinforcement. “It is difficult to implement reinforcements on historical places without harming them and we have limited freedom of movement,” he said.

Özel noted that the wider area where the cistern is located in Istanbul’s Fatih district was also at risk of collapse. “This is a place frequented by tourists and home to public and private buildings. We have to ensure their safety as soon as possible,” he said.

The Basilica Cistern, known as Yerebatan Sarnıcı or Sunken Cistern in Turkish, is one of the most popular historical destinations in Istanbul and within walking distance of other zantine and Ottoman-era landmarks like the Hagia Sophia Grand Mosque and Sultanahmet, or the Blue Mosque.