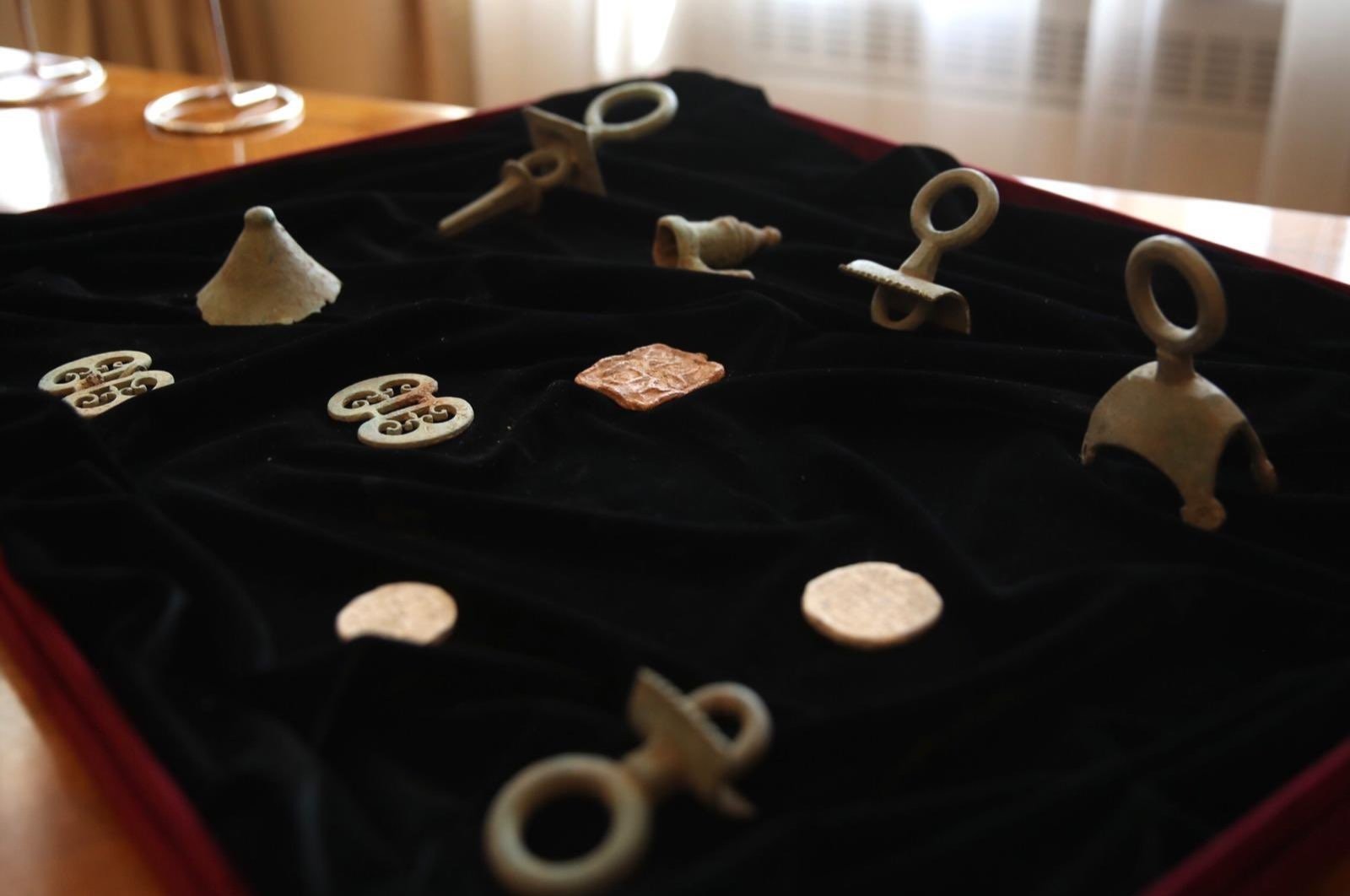 Foreign Minister Mevlüt Çavuşoğlu, who was in Budapest Thursday for a meeting with his Hungarian counterpart Peter Szijjarto, was handed 412 artifacts the country seized from a smuggler six years ago.

“We are excited to have them back in Turkey and I thank you on behalf of my country,” Çavuşoğlu told Szijjarto as the two ministers posed next to the artifacts.

The head of a Roman-era marble statue, marble figurines, coins and several other ancient artifacts were found in the vehicle of a Turkish citizen stopped by Hungarian customs officers in June 2015. The Culture and Tourism Ministry had launched a legal bid for the return of artifacts to Turkey while Turkish archaeology experts analyzed the artifacts and found that all originated from Turkey. A lengthy legal process was accelerated in January after new talks between Turkish and Hungarian officials. The artifacts, which will be brought to Turkey by a Foreign Ministry plane, will be exhibited at the Museum of Anatolian Civilizations in the capital Ankara.

Turkey and Hungary maintain close ties, dating back to Ottoman times, though the relations have boosted further in recent years.

Artifact smuggling is a worrying issue for Turkey that has been home to a diverse array of civilizations for centuries. The Culture and Tourism Ministry pursues legal action for the return of artifacts smuggled into other countries while trying to thwart the smuggling of artifacts into Turkey from neighboring Syria where lawlessness stemming from civil war exacerbated the smuggling.

Since 2002, 4,441 artifacts have been returned to Turkey thanks to the government’s efforts, but officials say tens of thousands of artifacts still remain abroad.

Most of the artifacts from Turkey have been smuggled to Western countries like the U.S., Britain, France, Germany and Switzerland, according to Culture and Tourism Ministry officials. Among them are tiles from the Hagia Sophia Grand Mosque that are currently located in Paris’ Louvre Museum and a statue of the Greek goddess Tyche (Thyke) in the Brussels Royal Museum of Fine Arts.